SCABIES — WHAT IS IT?

Scabies mite (Sarcoptes scabiei) hemispherical and has 4 feet. Female flounder are 0.3 to 0.4 mm long and male flounder is half of that size. Reproductive flounder digs a hole in to the skin of the cornea. Female flounder lays 2 to 3 eggs in a day for several weeks and then dies. The eggs of mite mature takes approximately three weeks. Male flounder will die after copulation. Infection occurs trough physical contact with someone who has already scabies (for example, sexual activity), in camps also contaminated objects (especially the bedclothes). The flounder larvae perish usually in 2 or 3 days, if bedclothes not used by purging approximately 4 days. The new case of infection from scabies, an allergic reaction will occur in 24 hours. 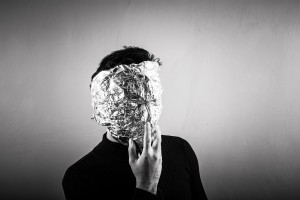 Characteristic is intense itching, especially in the evening after going to bed. The rash is localized to the fingers and toes elbows, underarms, breasts and waist region, around the navel, penis, and the inner side of the foot, ankles and buttocks. Rarely there is a rash on the back, face, neck (excluding infants). To diagnose the sickness helps comma shaped snake-like moves inside the skin, which are few mm to 1 cm in length. At the end of the each stroke, you can see black stroke of cornea. Very often, the disease will complicate and become pus infection or allergy and develops eczema. You can see flounder threw microscope but diagnostically it is important to see corneas moves (come in a conspicuous as to lubricate the skin with iodine or aniline). If you have scabies, it is advisable to consult a physician immediately. To keep away the itch, disinfection is the most important what has to be done, to bed sheets and underwear before and after the treatment. Medication are recommended Nix 5% cream (8-12hours) aerosol Spregal (12 h)Benzyl-benzoate 20% cream (2-3 day intervals for two weeks)or sulfur ointment. If the disease is not responding to treatment, treatment should be repeated after 1 week after using Nix cream or 10 days after using Spregal.

Have a genetic origin, chronic inflammatory skin disease. It is characterized by increased proliferation of basal (epidermis bottom layer proliferation) and very rapid progress through the cells of epidermis accompanied by the emergence of thickened scales. Psoriasis provocative factors may be trauma, infections (especially streptococcal) some drugs, alcohol, endocrine and metabolic disorders (hypokalemia, dialysis etc.), in some cases ultraviolet light and decreased immunity. Psoriasis can occur at any age; about 2% of the population suffers from this disease. Because the disease is hereditary, then it occurs in families. Psoriasis can provide rash free periods. Psoriasis is red nodules the surface of which is cowered with silvery white scales. The majority of lesions occur in knees, elbows, very rarely on mucous. Sometimes there might be moderate itching. If nails falls ill, damage occurs on a distal part of the lesion and the nail is damaged fully and evolves the complete loss of the nail atrophy. Sometimes nail thicken and develop the characteristic dots the so-called thimble phenomenon.

Good results give therapy systematically and topically used retinoid (e. Neotigason; Retin-A 0,05% gel). Also used photo chemotherapy (PUVA) 2 to 3 times a week 18 to 20 times a week and so on 1 to 10 during the day. In the treatment is used therapeutic light wavelength visible light of the UVB (290-320 nm).

Also used so called psoralen to make the skin receptive to the light. The treatment prevents reproduction of the affected cells. If there are affected joints then is used for the treatment cytostatic and gold treatment. Recommended in diet- low calorie, and avoid alcohol. Eat foods that contain a lot of omega-3fatty acid (mackerel, salmon, tuna) vitamin-D, psoralen (fruits and vegetables) beta-carotene (spinach and carrots) and selenium (garlic, red grapes, whole grains).Maintain a healthy weight.

International Classification of fungal infections of the skin is divided into four groups:

Pityriasis versicolor is a chronic superficial mycosis of the skin which typically suffer young adult. The emergence of the disease contributes to high ambient temperatures, long term use of corticosteroids. Upper body, in severe cases, even in the face, neck and abdomen arise, white or brown pigmented spots. Tere might be moderate itching, but this disease is mainly a cosmetic problem.

Yeast fungus disease represents the superficial fungal disease, wherein the localized lesions on the mucous membranes and the humidity intertriginous areas. Confounding factors are diabetes, obesity, pregnancy, antibiotics and corticosteroids, contraceptive formulations for HIV-infection. Yeast fungus disease can be localized to the fingers, cuticle, the genitals and mouth area. Oral thrush occurs in the region of onset in which the inner surface of the cheeks, palate, tongue and gums occur white papules, when removed leave to gums painful red lesions. Sun’s ultraviolet rays can damage lower lip can occur lip inflammation. Genital candidiasis can occur in woman creamy cottage cheese-like secretion and mucous inflammation. Men can occur on the forehead of the penis slight skin sores or flat papules, sometimes there is also swelling.

Form this disease damages the cornea, skin, nails and hair. The process is always on epidermis. Dermatophytoses on the legs is caused by two different fungus-Trichophyton mentagrophytes v interdigital and Trichophyton rubrum. The source of infection is a sick person, sick animals and the soil. Named fungus from the first event of the causative lesion is usually localized to the 3 and 4 and between the 4 and 5 toe, since the toes are closely together, pressure on the shoe is stronger and sweating is increasing. Sometimes under foot under the toes and on the side surfaces occur thick cornea vesicles. Vesicles are arranged in groups; after they burst, develop skin ulcers. Sometimes the disease can proceed under foot fine or high flaky scales. V toe and I is damaged. Nail disorders begin on their free edge of the nail plate thickening, it becomes brittle and yellowed. Dermatophytes may occur secondary to allergic skin rashes that may resemble to eczema.

Second fungus, which is also particularly detrimental to feet, is the Tr.rubrum. The disease affects the palms, large skin folds, trunk and nails. The disease occurs between the toes and nails. The disease runs dry form-there is a whitish skin furrow- “mealy Powder” rash is a moccasin type. Generalized form of the case resembles a rash of eczema, atopic dermatitis, psoriasis, annular, Dühring ‘s disease. A long time lasting leg dermatophytes disease can occur dermatophytes in the groin. Confounding factors are warm and humid environment, tight clothes, obesity. There is red, confluent plaques, whose middle is a yellow-brown area surrounding the lesion and halyards. The process is symmetrical and contagious.

Dermatophytes on scalp causes by fungus belonging to the family Trichophyton and Microsporum’i. Both species are so anthropophile than zoophile. Subjective symptoms are usually absent, sometimes skin is itching or burning. Scalp Microsporum affects kids 6 to 10 years old. On scalp occur 2-6 cm in diameter, round, bald modest signs of inflamed bald outbreaks. Hair has broken evenly approximately 5mm height. Scalp Trichophyton get sick children aged 3-11. On the scalp, arise 0.5-1.0 cm in diameter, round bald lesions. Moderate lesions occurs, redness and flaking. Hair is snapped on different height of about 1-3 mm in height, leaving a “black points”. Smooth Skin lesion localization has a interval-like edge. In case of zoo infection lesions are infiltrated, moist and covered with shells.

Used fungus cells destructive or suspending the preparation of their development. For topical treatment for wettable and bullous lesions is used of 2% of boric acid, chamomile tea, aqueous solutions of the aniline, the superficial ulcers, 3-5 % naphthalene ointment. In case of illness of a nail, is used for peeling off nail of 50 % potassium iodide ointment, antifungal staining liquids, and tray ceiling. If scalp was affected with extensive lesion, on the body and large scale of the nail lesions, oral formulations-azote, allylamine, polyenes and other medicine. It is important to contaminated footwear disinfection, reduction of sweating legs and feet every night for acidic wash soaps.