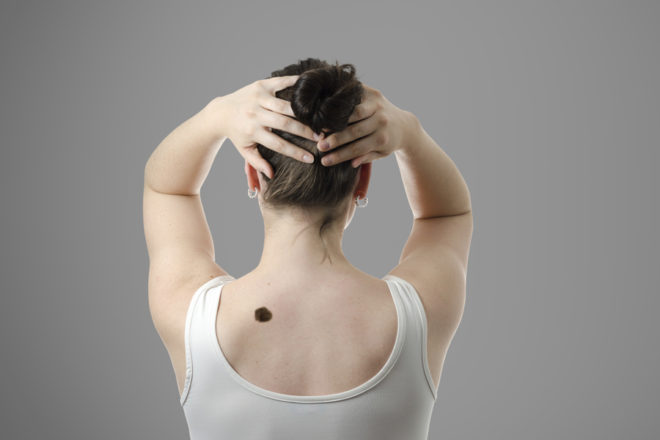 Skin melanoma is the most malignant tumor, which are spread around the body by the lymph and blood. In European countries people with white skin can have more often melanoma and the incidence is 4-14 to one hundred thousand inhabitants.

Melanoma can occur anywhere on the body, but mostly on the face or on legs (women) and on upperbody (men). Genetic origin has not yet been proven, although 1-7% of patients have a familiar incidence of melanoma or atypical moles in the family.

The etiology of the disease is unclear. Approximately 10% of patients develop melanoma on their body. 10-20% develop malignant melanoma from many years remained lentigo, especially older people. About 30% -2 develops from pigmented melanoma (when they are agitated, have been traumatized, or inflammation).

Melanoma is usually bluish black, and inside of them can be different colors up to the full pigmentation. Secondary symptoms may be bleeding , overlapping with shells, ulceration, itching or snagging. Clinically can melanoma occur in very different forms.

Occurs mostly in elder people who have had pre malignant lentigo on face or on legs. The lesion pigmentation can be different, uneven shape and poorly defined. If the lesion occurs infiltrated areas and knots, there is a reason to believe that it is malignant process. Prognosis is more favorable compare with other melanoma, because the depth of tumor growth arises quite late.

Occurs mostly in middle age people, the lesion is localized mainly in the body strain. Sometimes it can develop into melanoma from pigmented birthmarks, from 1 to 5 years.

At first there will be the size of a small coin round or oval furnace. Often the melanoma are originally pink color (inflammation) and later becomes a bluish-black, or whitish (degeneration).

Lesions are soft and later become harder due to the growth of the tumor depth. The initial stages of the disease has a favorable prognosis.

It can occur in healthy skin or to people who have atypical birthmark syndrome. Average age is 40 to 50, wherein the illness may be held in few months to 2 years before diagnosis. A homogeneous dark spot on the skin which soon becomes a blue-black nodular formations. Sometimes it can be a pinkish-gray soft nodular melanoma. Prognosis depends on the tumor size and a vertical growth. The general classification is predictable:

. low risk melanoma – tumor has a thickness less than 0,75 mm, cell division index is 5.0, there is no regression or ulceration, vascular invasion and metastasis is less than 10% of patients.

The melanoma occurs primarily in the palms, soles, fingers and toes. Often it is accompanied by another foot and genital mucous membranes melanoma. Clinically it resembles lentigo malignant melanoma, brown to black patches appear on the skin, and tumor infiltrates the growing emerging. Often the tumor surface peels off and sometimes melanoma has no pigment. Mechanical friction causes superficial or deep ulcers. Often the tumor has on top of thickened chain. Emerging signs of regressions. Prognosis depends on the thickness of the lesion and cell division activity.

Melanoma can also occur in view of the mouth and genital mucous membranes. Mucous membrane melanoma occurs more darker race, they are discovered relatively late. Rectal region melanomas have a poor prognosis, only 10% of patients live up to 5 years after the diagnosis. Especially dangerous are amelanotical melanomas (AMM) because often they resemble superficially ulcerating nodes or pink patches. They are very aggressive tumors, and their prognosis is poor. Melanoma is characterized by an early lymphatic metastasis. Often emerge so called satellite tumors around the tumors. The propagandation of tumor cells also invade the blood vessels, particularly to lungs, liver, heart, brains, skin and the bones. The disease will end after 1-4 years fatally. Secondary neoplastic characteristics may occur much later, witch are anemia protein loss and general weight loss. Tumor localization is very important. The tumors that are localized on leg have much better prognosis that the tumors that are localized on body or head. Risky are the anus and external genital tumors, because they are discovered relatively late. It is important to follow the rule so called ABCDE (Rigel,1985) which must be assessed at the pigmented growths shape, symmetry, uneven edges, color, diameter more than 5 mm, and birthmarks elevations. 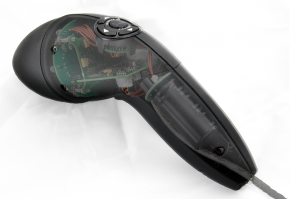 The initial treatment is surgical removal of the tumor 2 to 3 cm the entire edge of the skin and the removal up to a depth of muscle fascia. Regional lymph nodes are removed in stage 1 melanoma. Stage 2 is used radiotherapy. Distant metastases is used for radiation treatment, steroid therapy, chemotherapy and treatment with vaccine. Patients are monitored after treatment 5 years, because approximately 80% of patients develop distant metastasis in the first three years.

Check the pigment formations on the skin, particularly malignant lentigo and people who have atypical birthmark syndrome. Surgically is advised to remove the blue nevi and (spindle cell) big and hairy nevi and congenital birthmarks. In prophylaxis can be removed previously examined by microscope normal birthmarks which are 5 mm in diameter and are located in areas subjected to trauma (palms, soles, skin folds) these birthmarks can be removed with a laser. It is also permitted to remove birthmarks for cosmetic purposes.